Academic and industrial collaboration: Lighting the way to augmented decision for smarter manufacturing.

After summarizing the history of the long-term collaboration between STMicroelectronics and Mines Saint-Etienne, the first part of this talk will present some of the associated industrial and academic successes. We will show how Operations Research and Industrial Engineering combined with Artificial Intelligence helped to formalize and solve different semiconductor manufacturing problems which led to industrial applications. These applications cover in particular automated transportation, qualification management, capacity planning, dynamic sampling and prescriptive maintenance. We will also draw some conclusions on what we believe are the important lessons of such a collaboration.

The second part of the talk will focus on the promises of Artificial Intelligence. One may be tempted to believe that the 80% of data that are never looked at in semiconductor factories will very soon and very easily transform into gold, and this with a short return on investment thanks to low to no code. Well, everything may not be so simple. The architecture of manufacturing systems is one of the main reasons most data collected across the semiconductor manufacturing chain is never used. These manufacturing systems were first built in silos before being interfaced through additional layers, thus considerably limiting the development of wide scale analytics. Integrating the deep technical expertise and know-how of such systems is thus seen as one of the current challenges for the industry.

Academics like problems (they can solve), industrials like solutions (they can use). Also, there is a wide variety of industrial problems and AI techniques. Thus, complex problems with a larger scope may first need to be transformed into solvable problems and, also, worked out to come to valuable (i.e., value-able)  solutions, which is the work of Industrial Engineering. Applying a wrong technique to a problem (e.g., cutting wood with a hammer) may become very inefficient, counterproductive, and potentially very expensive. Therefore, getting to real smart solutions for manufacturing will for sure require efficient collaboration between industrials and academics.

Philippe Vialletelle is a Senior Member of Technical Staff at STMicroelectronics Crolles, France. He received an Engineering degree in Physics from the INSA Rennes in 1989. Philippe spent his entire professional life in the semiconductor industry where he occupied various positions, mostly in manufacturing support functions. Since 2005 he has been defining and driving research and innovation activities for STMicroelectronics in various collaborative projects at European level. He directly supervised several PhD theses on modelling and optimization of manufacturing systems in the areas of production and process control, as well as factory automation and industry 4.0. At STMicroelectronics, he is now actively contributing to the development of a global semantic model within the Manufacturing Data & Analytics program which is today one of the key strategic priorities of the company.

Stéphane Dauzère-Pérès is Professor at Mines Saint-Etienne in its site of Gardanne, France, and Adjunct Professor at BI Norwegian Business School, Norway. He received the Ph.D. degree from Paul Sabatier University in Toulouse, France, in 1992 and the H.D.R. from Pierre and Marie Curie University, Paris, France, in 1998. He was a Postdoctoral Fellow at M.I.T., U.S.A., in 1992 and 1993, and Research Scientist at Erasmus University Rotterdam, The Netherlands, in 1994. He has been Associate Professor and Professor from 1994 to 2004 at the Ecole des Mines de Nantes, France. His research interests broadly include modeling and optimization of operations at various decision levels (from real-time to strategic) in manufacturing and logistics, with a special emphasis on production planning (lot sizing) and scheduling, on semiconductor manufacturing and on railway operations. He has published 94 papers in international journals and has contributed to more than 200 communications in national and international conferences. Stéphane Dauzère-Pérès has coordinated numerous academic and industrial research projects, including 4 European projects and 28 industrial (CIFRE) PhD theses, and also seven conferences. He was runner-up in 2006 of the Franz Edelman Award Competition, and won the Best Applied Paper of the Winter Simulation Conference in 2013 and the EURO award for the best theory and methodology EJOR paper in 2021.

To improve the stability of semiconductor manufacturing processes run-to-run control is used in addition to the internal control of the manufacturing tool. A typical run-to-run strategy comprises two steps. First, a suitable state of the controlled process is estimated using process data of previous materials. In a second step the estimated state is used to calculate the recipe tuning parameters for the next materials. Normally the state estimation is the crux of the control algorithm. In real life the state can be corrupted in many ways, e.g. by missing, delayed or faulty measurements. It is therefore vital to validate the state permanently to avoid yield loss and/or scrap. The validation routines are an important part of the control algorithm. State estimates are virtually worthless without validation. The initial idea of the presentation is to use the estimation errors calculated by Kalman filters for state validation. However, practical application of this idea faces several challenges, e.g. intrinsic ambiguity of run-to-run models, automatic state initialization, dedications (e.g. tool), very large number of states (30-3000) and numerical stability. We present an algorithmic approach that addresses those problems.

Ulf Seidel is Principal Engineer for Advanced Process Control working both in operations and research at Infineon Technologies Dresden, Germany. He received the M.Sc. degree in Control Engineering from the University of Sheffield, U.K., in 1994, and the Dipl.-Ing. degree in Electrical Engineering as well as the Dr.-Ing. degree (Ph.D.) in Control Engineering from TU Dresden, Germany, in 1995 and 2000, respectively. He was with Klippel GmbH, Dresden from 2000 to 2008 where he developed instruments for diagnosis and quality control of audio systems including novel online identification of nonlinear loudspeaker models. He joined the run-to-run control group at Qimonda Dresden from 2008 to 2009. From 2009 to 2010 he was with InfraTec GmbH, Dresden developing measurement systems for pyroelectric infrared detectors. Since 2010 he has been with the advanced process control group at Infineon Technologies Dresden. 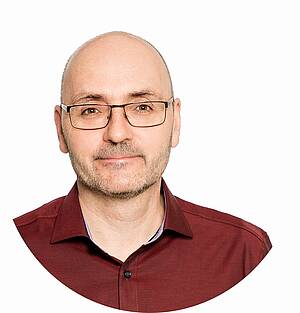